I’ve put up a new gallery of photographs of candlesticks in Chmielnik, Poland.

I recently returned from a trip to the far southeastern corner of Poland — that sharp, elongated triangle bordered by Ukraine and Slovakia. I was there, based in the town of Sanok, to write an article about the project to built a replica of the roof and ceiling of the destroyed wooden synagogue in Gwozdziec, now in Ukraine. But I also took the opportunity to visit half a dozen Jewish cemeteries (in Rymanow, Dukla, Sanok, Lutowiska, Baligrod and Lesko) and document the way that candlesticks were used to mark women’s graves. I found several new styles, from very elaborate to simple and not so simple scratched images — no doubt hallmarks of local carvers, and I have begun to post the pictures in the Poland section of the photo galleries. 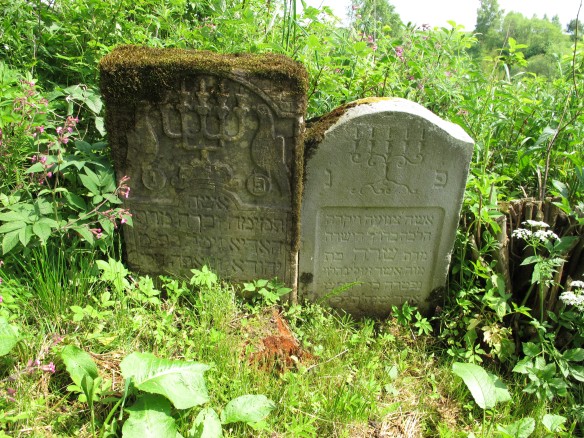 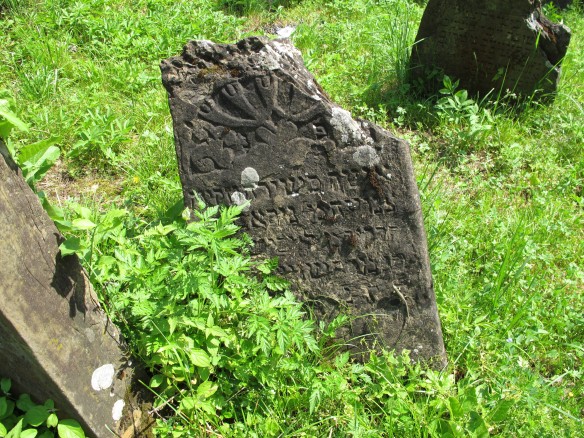 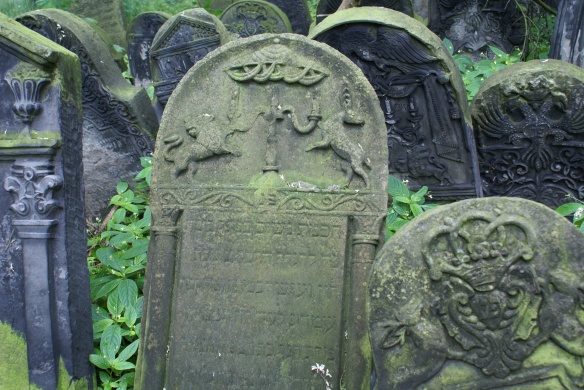 Just a note — I just added a photo gallery of some of the lovely carved candlesticks (and other decoration) I photographed at the end of June  in the Jewish cemetery in Piotrkow Trybunalski, Poland.